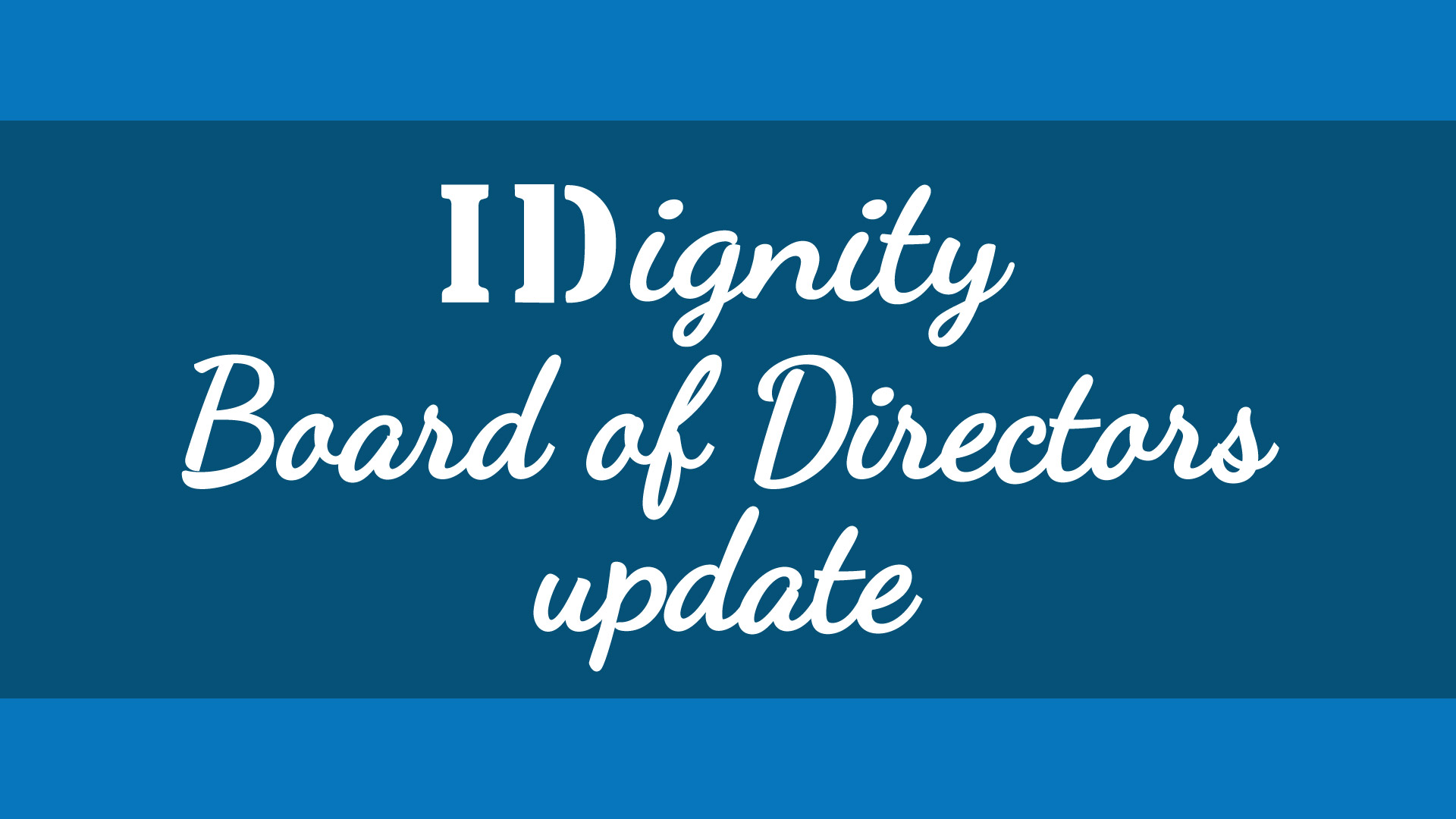 IDignity is proud to welcome new board member, Gabriel Sidere.

Gabriel Sidere, a Rollins Crummer’s MBA student was recently elected to the IDignity board of directors. He is a Romanian attorney with a wealth of experience in human rights and criminal justice issues, both of which he is very passionate about. His personal values and interests align with IDignity’s. Gabe looks forward to serving on IDignity’s board and bringing his wealth of knowledge and experience to the table.

And we recently said a bittersweet goodbye to a board member who more than left his mark on IDignity.

Lamont Riddick served on IDignity’s board of directors since November 2011. During his time he served on the fundraising committee and on the HR task force. Lamont joined the Orange County Health Department in June 2009 as a supervisor with the Bureau of Vital Statistics. In 2011 he was named Chief Deputy Registrar for the Orange County Vital Statistics.  Lamont received the golden ticket award from IDignity in 2011 recognizing the impact his efforts had on IDignity. His keen insight and knowledge have helped numerous clients in obtaining their identification documents. We will miss having Lamont on our board but will continue to work with him closely through our work with the Orange County Health Department.

IDignity is proud to welcome new board member, Rick Pullum.

Rick Pullum is a fourth-generation Central Florida native with a 20-year track record in the commercial banking industry in Central Florida. He currently serves as President of One Florida Bank. He received his BS in Real Estate and his Master of Business Administration from Florida State University. He has also served as an elder of First Presbyterian Church of Orlando (one of IDignity’s founding churches). Rick resides in Orlando with his wife Jessica and their three children. IDignity is happy to have Rick’s expertise in the area of finance and his knowledge from having worked on numerous capital campaigns in the community.

And IDignity recently said goodbye to someone who has served on the board for a decade.

Nick Degel joined the IDignity board in 2011 and served faithfully as IDignity’s treasurer until his term expired in March 2021. During Nick’s time of service on the IDignity board, he transformed our bookkeeping processes and procedures, and provided an invaluable service to our organization. Nick also volunteered at IDignity’s identification clinics from 2009 – 2020 serving at more than 76 monthly events, giving hundreds of hours of volunteer service. We are so very grateful for Nick’s commitment to IDignity’s mission and his willingness to promote the IDignity story to his friends and family. We wish you all the best Nick!

IDignity is happy to welcome new board member, Michele Moss. Read below to learn more about this amazing addition to our board of directors.

Michele Moss is a Founding Partner and Managing Member at Johnson Moss L.L.C. She is a litigation attorney with a focus on intellectual property and computer and internet law. Michele’s focus is on helping business owners and entrepreneurs control, protect and profit from what they have worked hard to build and create. Her specialties include Copyright, Trademark, and Trade dress infringement, Civil liability for online content, cyberlaw, and digital rights management. Michele will be a great asset to our board of directors.

IDignity also recently said goodbye to several long-time board members. Read about each person and their history with IDignity’s mission below.

Anton Gammons served on the IDignity board from January 2011 – December 2020. Anton was the resource chair from November 2017 – December 2021 helping IDignity locate new board members, interview them, and guide them through the onboarding process. Anton also served on the fundraising committee helping with various events over the years.

Jean Hartsaw was elected to IDignity’s board of directors in October of 2104 and served until December 2020. During her time on the board, Jean assisted in fundraising and served on the resource committee. She was also the co-chair of the Seeds of Hope spring fundraiser from 2016 – 2019.

Brad Sefter was elected to the board in December of 2009 and faithfully served three-three year terms. Brad was the first IDignity client elected to the board. During Brad’s time of service, he was the chair of the program committee, sharing a client story with the board each month. Brad has also helped with numerous fundraisers and was our featured speaker at the 2018 Souper Douper fundraiser.

Melanie and Jonah: Watch their story

After years of searching and wondering, Melanie and Jonah, mother and son had finally found each other. Together they came to IDignity looking for ID. Watch the vide below to hear their amazing story and how IDignity has been...