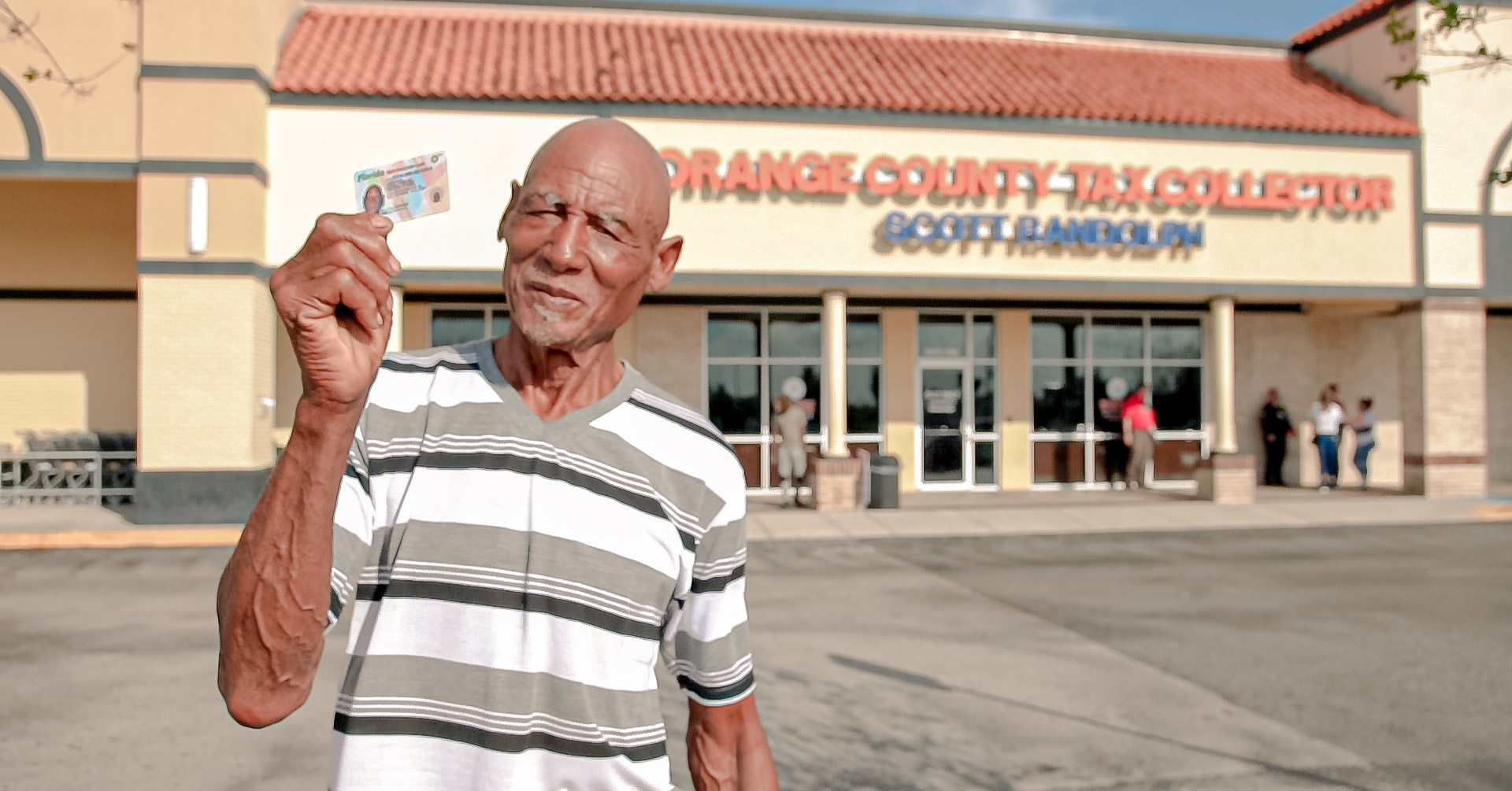 Willie came to his first IDignity event in December of 2009 at the youthful age of 66. He was there to sort out mismatched names on his birth certificate and his Social Security card (an issue that became much more important with Florida’s adoption of the REAL ID Act in January of 2010). IDignity’s legal team and volunteers went straight to work but Willie’s case would prove difficult to resolve for several reasons.

For one thing, his age made it hard to track down the usual documents IDignity would start by acquiring. For example, his school records were so old that the school he attended no longer kept them on file. So IDignity’s legal team had to be more resourceful than expected, even learning a few new techniques in the process.

Willie’s case was complicated further by the fact that he lived in the woods, was battling addiction, and living with mental health issues – obstacles that are very common for people experiencing homelessness because of their lack of access to healthcare. Attorneys and volunteers often communicated with Willie through his loving daughter who said that she often would go months at a time without knowing where or how Willie was.

Willie and his daughter

But after years of correspondence through his daughter, after countless hours of sleuthing and research by IDignity’s attorneys and dedicated volunteers, and through collaboration with the Orange County Tax Collector’s Office, IDignity was able to close Willie’s case file when he finally obtained his Florida ID on March 4, 2020.

Though 2020 was a difficult year, it was also filled with many triumphs. From overcoming Willie’s very complicated identification issues, to opening Jackie’s Place so that many more like Willie can receive identification services safely, to the volunteers and donors that made it all possible, we have so much to celebrate. And, so much to look forward to in 2021.