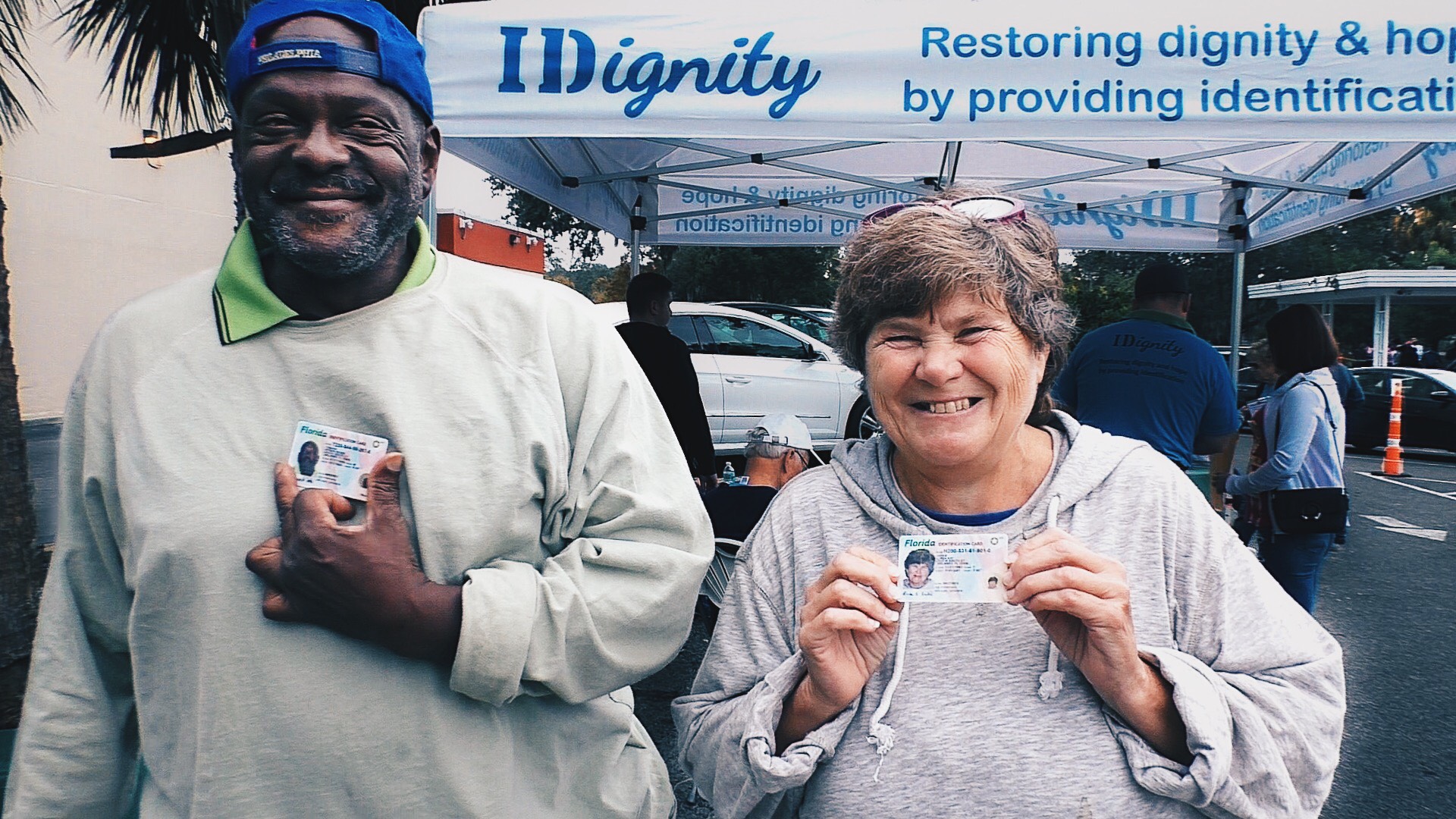 “God put us here to help those who were less fortunate”. These were the words of Myron, who, up until a few months ago lived in a tent under a large oak tree in Sanford, Florida with his wife Linda.

During a heavy storm in October, their tent was wrecked by a branch falling straight through the middle of it. Although the two individuals were unharmed, their few belongings were ruined, leaving them with little to call their own. In an ironic way however, they say how thankful they are for the experience because it led them to the local organizations that recently helped them move into their new home.

On this crisp, windy afternoon the couple joyfully hold up their freshly printed driver’s licenses, the address to their new home labeled in black. It is for this reason that Myron cannot hold back his big toothless smile — overjoyed with the warmth and community that surrounds him here at the IDignity Orlando event. Both are excited for the opportunities that now await them.

Myron and Linda mention their eagerness to help those who need it most. “We both came from a checkered background…but we have made a step forward” says Linda, a look of determination in her eye.

Having been homeless for a while, Myron and Linda have been through their fair share of struggles. Now that they have a place of their own, they open their doors to those who need somewhere to sleep, shower or eat. “We have a big heart for the homeless” Linda says, “we’ve been there.” It is because of their experiences while living on the street that this couple is committed to loving everyone “regardless of who they are, what they are or what their color, sex or order.”

Myron and Linda’s story says a lot about what it means to make a difference. It shows how helping others does not mean you have to change the world, but simply lend a hand to someone who needs it.

With their new home and their new ID’s, the couple can now continue to fulfill their mission from God — to help those who are less fortunate.

Identification Documents: One Of These Things Is Not Like The Other

A guest article by Rahsaan Graham “Where are you from?” Your answer could change the way you think about identification. I’m from Philadelphia but moved to Orlando, Florida when I was 25. In doing so, I faced one of the...