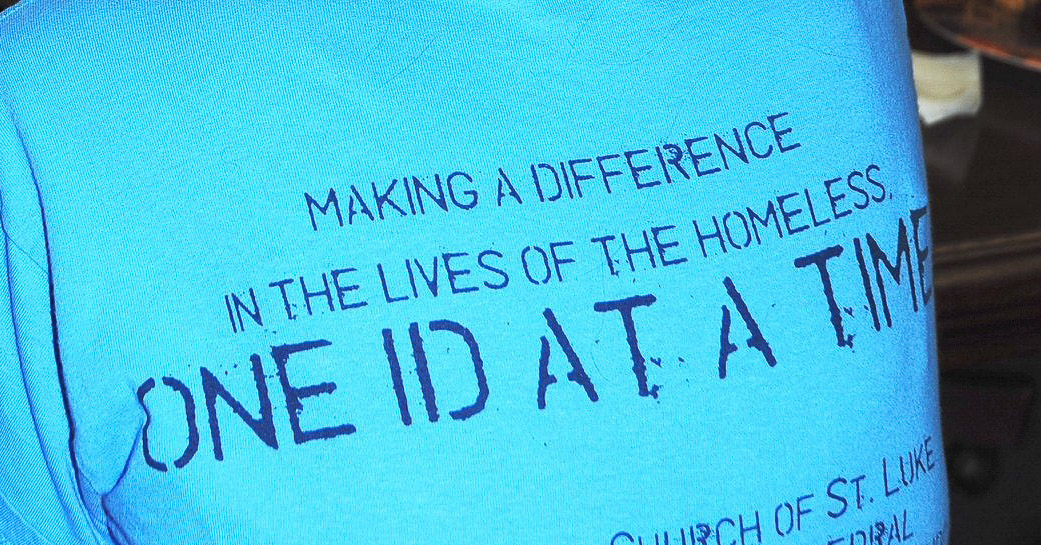 In the beginning, obtaining an ID didn’t take much more than $3 and a smile for the camera.

It was so easy – and so cheap! – that the St. Vincent de Paul Society at St. James Catholic Cathedral could handle the two or three people every week who needed the service. We’d walk them to the courthouse, watch while they gave the clerk their (alleged) name and (alleged) address, smiled at the camera and POOF! They had an ID.

We smiled too. For $6 or $9 a week, we provided a valuable service. Sometimes we didn’t even send a volunteer. We just handed people a check for $3, told them where to go and off they went. The whole process might have taken 15 minutes, if you count the two-block walk to the courthouse, if we did bother walking to the courthouse.

Those really were the days.

We did that for years, but then the math changed. The cost jumped to $10 a head and there were a lot more heads. Nobody could afford it anymore, including us. Two or three became 15 or 20. We had to change the day to Wednesday just so we could accommodate the numbers.

One Wednesday, a van pulled into the church parking lot, unloaded 12 men, circled back 25 minutes later and emptied another 13 men on us. That pushed the crowd that day to more than 40 and the math no longer worked. We stopped giving out IDs a week later.

In retrospect, the day the van arrived was the actual conception day for IDignity.

The St. Vincent de Paul Society realized we didn’t have the money or the manpower to handle what was coming, so we did what all churches do: We prayed for help. Actually, if you ask the other downtown churches, it was more like: We preyed (on them) for help.

We asked every downtown church to give us $100 a week to handle the problem. We invited them to a meeting to discuss the poorly thought out idea. Some showed. They listened for two hours while we gave them a heavy dose of Catholic conscience about our obligations to the poor and coughing up some cash. Finally, the leader from the host church stood up, declared this a non-winner for his church, thanked St. Vincent de Paul for what they were doing and called it a night.

Fortunately, there were some people in the room with a conscience. They stayed over and decided to meet again – at a different church – and put some more thought into the matter. A few meetings later, momentum was building and an overly-enthusiastic member of First United Methodist Church of Orlando jumped up and said he had a name for this movement.

“I think we should call it IDignity, as in ID, and restoring people’s dignity,” Michael Dippy said. The room applauded and just like that, the movement had a name, a purpose, and a leader!

And God saw that it was good and, behold, it has become very good!

Identification Documents: One Of These Things Is Not Like The Other

A guest article by Rahsaan Graham “Where are you from?” Your answer could change the way you think about identification. I’m from Philadelphia but moved to Orlando, Florida when I was 25. In doing so, I faced one of the...