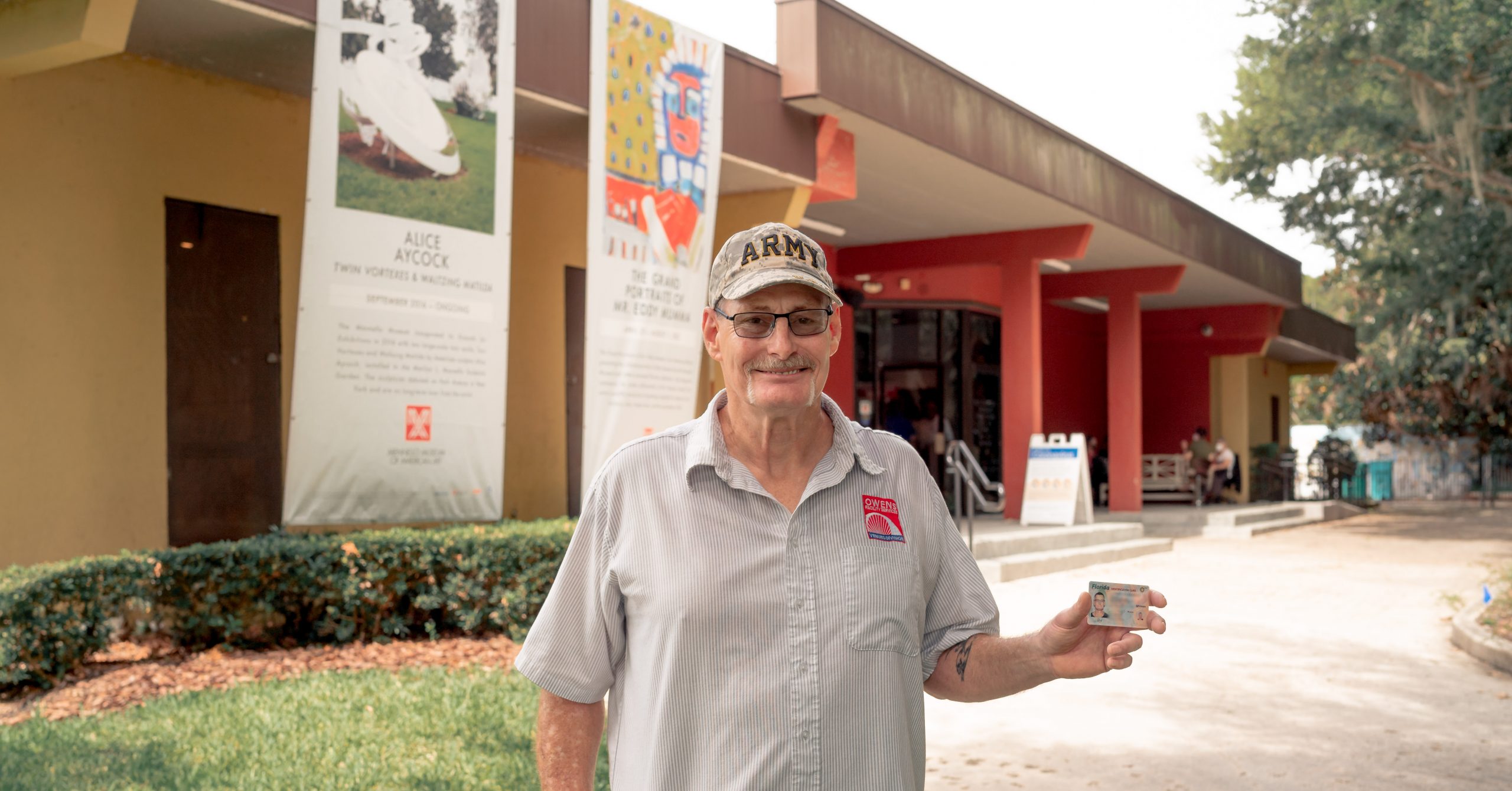 What do you picture when you imagine the American dream?

Is it a home with a white picket fence? Is it a corner office with a view? Or are these things merely conventional representations of the American dream?

For me, a former IDignity client, simply standing on my own two feet again became my American dream after I experienced life without proper identification. Recently, I sat down with Chris Holaway, a fellow former client, and we talked about how the inability to prove our identities shaped our wants and needs.

Chris spent eight years serving our country in the U.S. Army. Afterward, he worked as a gravedigger, where he severely injured his back. To cope with the pain, Chris was prescribed highly addictive painkillers. And when his medicine became difficult to obtain, he turned to heroin. Within a year, Christopher was homeless on the streets of Orlando, consumed by his addiction. Somewhere in all of that, Chris lost his identification documents, making it nearly impossible to turn his life around.

“You feel hopeless,” said Chris. “You have no documentation, so nobody wants you. You can’t go to detox. You can’t go to a treatment facility. You can’t even get a hotel room if you want to get cleaned up for the night.”

But then he met Sherri Claudio, an outreach specialist with the Veterans Administration, and was quickly connected to IDignity through its partnership with the VA.

“Right away, I started to see that pinpoint of light at the end of the tunnel,” said Chris. 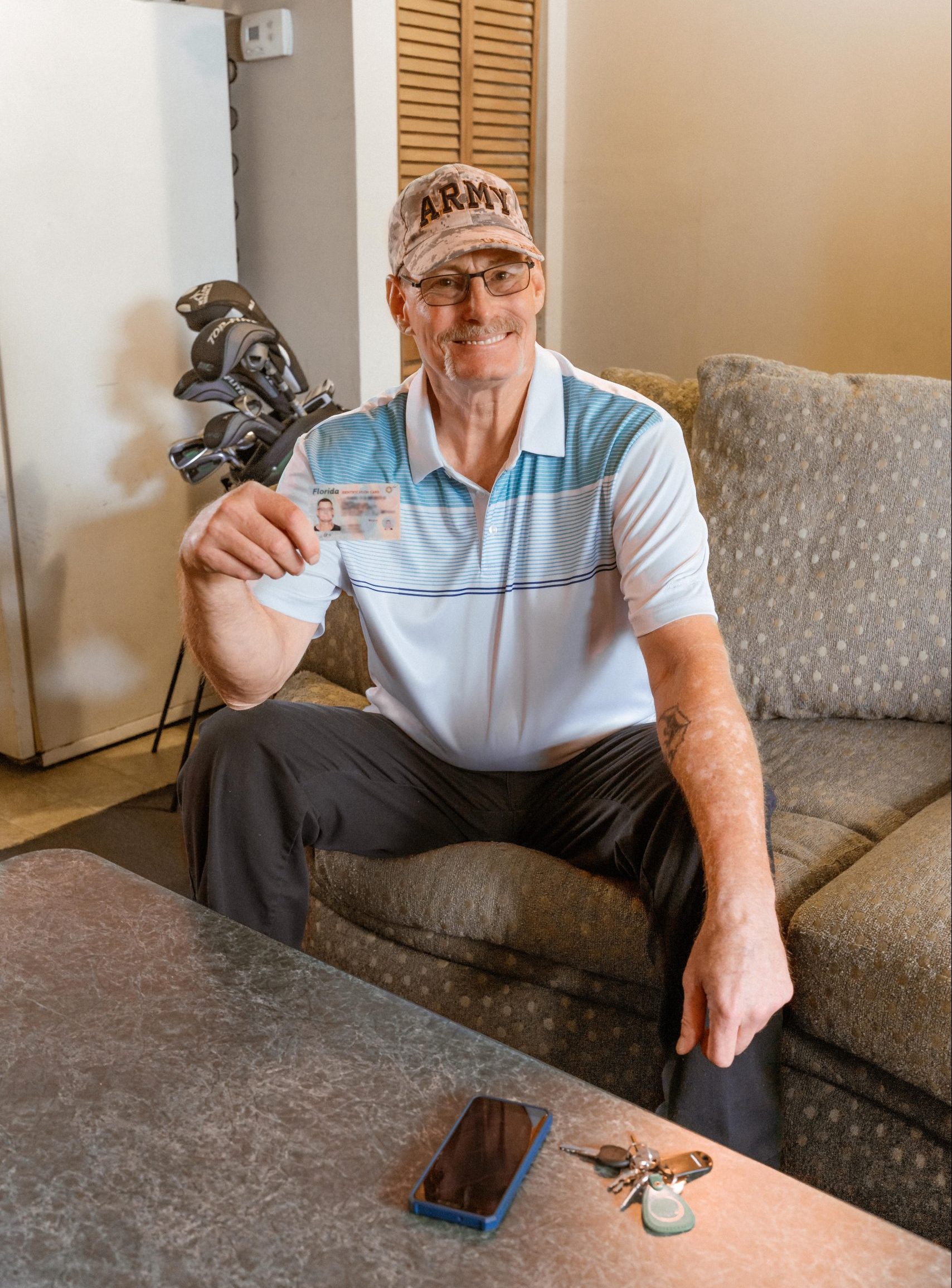 Before long, he was at an IDignity event reclaiming legal proof of his identity and, thereby, his life. After obtaining his identification, Chris was able to rejoin society and is now 27 months sober. He has a great job, an apartment, and a golf swing that’s getting better every week.

“I’m very content,” said Chris, gesturing to the modest yet cozy studio apartment he has rented for the last two years. “I don’t need more than this. I’m not seeking wealth, or fame, or anything like that. I’m extremely happy with the lot that God gave me.”

The American dream we all hope for is entirely too diverse to relegate to a home or some land. In its purest form, it is the freedom to pursue the life we desire. Thankfully for the Orlando community, IDignity specializes in providing access to the tangible things that make previously intangible dreams possible. Or, as Chris puts it, “The difference that IDignity makes is that they put people back in a position to have everything they need and everything they want.”

You can contribute directly to fulfilling someone else’s American dream by providing a gift to IDignity. For every $300 raised, IDignity can make that dream a reality for one person, ultimately making our community a more inclusive place for us all. 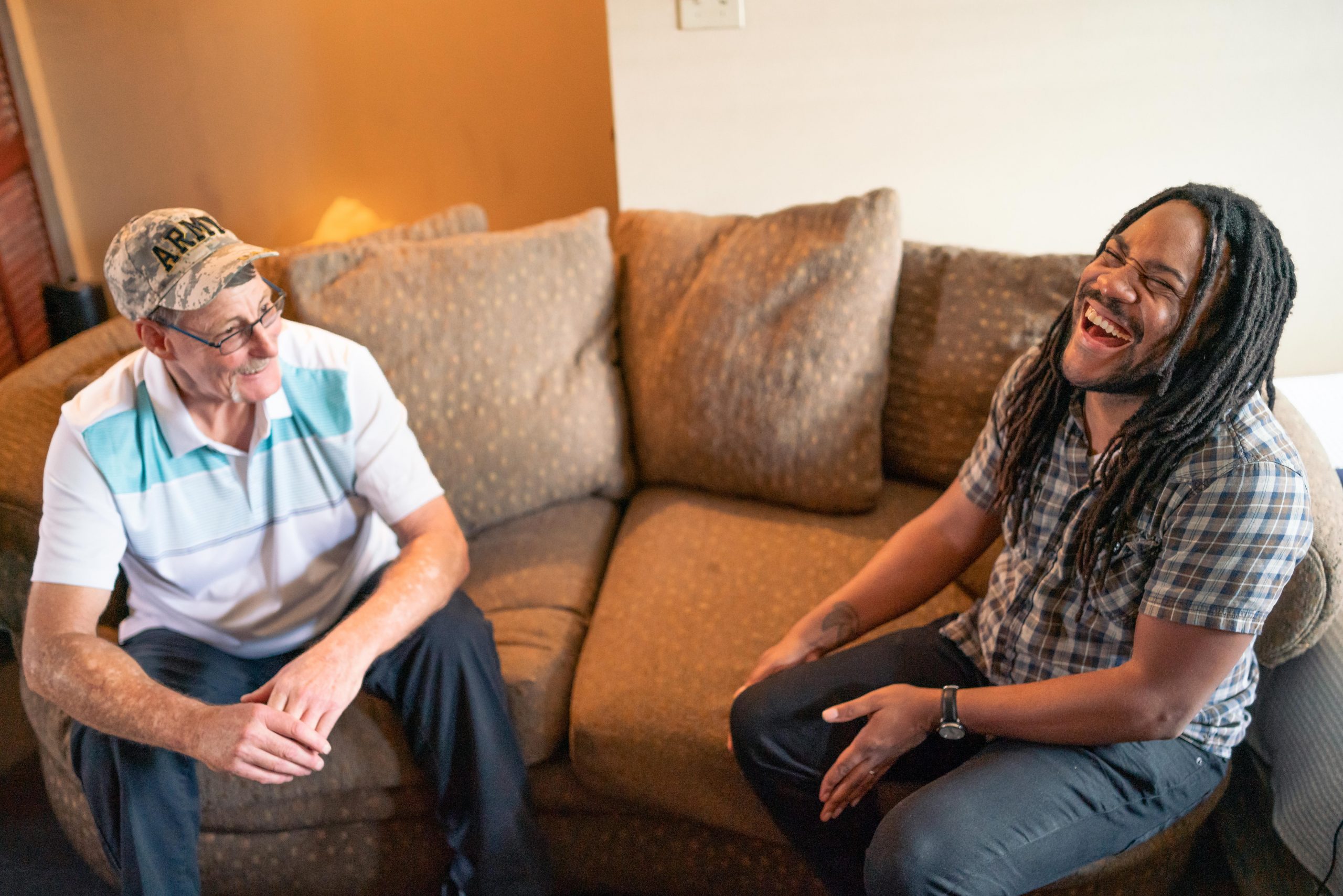 I am honored to join you in celebrating our independence and the individuals like Chris who serve our country to protect this freedom.

Your donation can make someone’s dream a reality